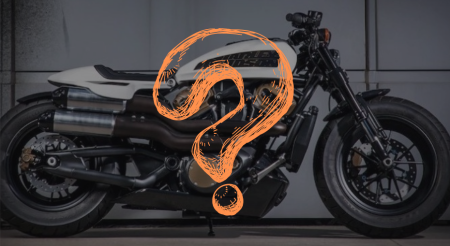 Someone said all good things must come to an end, but nobody likes when it does. The Harley-Davidson® Nightster was a huge hit and today used models (in good repair) sell almost as soon as they become available.

Recently Harley®  confirmed it was going to discontinue the Sportster line in Europe because Euro5 emissions regulations would have made production unfeasible. Hearing news like that about a bike that has been a basic staple since the 1950s is unsettling. Sure, that's Europe and we're in Texas, but it's natural to wonder what sort of cutbacks could occur here in the future.

We don't have a crystal ball, but we do try to stay on top of changes. Recently H-D®  has made moves that seem to imply there might be a new Nightster in the not so distant future.

What is a Harley®  Nightster?

Like most Harley-Davidson®  motorcycles, Nightster is a bike people either love or hate. It's a Sportster variation H-D®  introduced in 2007.  Upon debut, the bike featured a bobbed rear fender, front fork gaiters and a side-mounted license plate. Its top speed was reported to be 107 miles per hour, and it shipped from the factory with 57.2 horsepower and 64.4 pounds-per-foot of torque.

Part of the reason for its immediate popularity are the tweaks Harley®  made in riding position. The footpegs are just a tiny bit closer to the rider, handlebars are wide and close. The rider's weight sits firmly in the seat and there's no need to stretch the torso to reach the handlebars. The position improved handling and rider confidence.

Los Angeles Times described it as, "Geared toward riders who haven’t yet found their first gray hair, the Nightster is for someone who’s had enough saddle time that the 1,200-cc motor is unintimidating but whose credit will swing only a $10,000 price tag. Low to the ground, lean and black in all the right places..."

An updated, smaller version released in 2009 with a blacked-out engine and a darker look. The handlebars were also closer together. Both models featured a bobber stance and drew riders craving a stripped-down experience.

Nightster was a trend-setter when the shift from chrome to blacked out machinery was just getting started. Instead of shine, paint was matte, and even metallic parts came in silver satin.

Harley stopped making Nightster in 2012, so it had a short run despite its popularity. Harley®  let its trademark on the Nightster name lapse, so it looked like the bike was gone for good. Fans speculate it was replaced by the Sportster 48 and 72, but not all of them are happy about it.

Over the past few years, the manufacturer has done much keeping fans in suspense about upcoming lineups. In 2018, they unveiled the Custom 1250 concept and hinted at new models to come. After that we saw LiveWire and more recently Pan America, but for the most part, the Motor Company has kept us guessing about what might be next.

Bikers, keyboard warriors on motorcycle forums and fortune tellers have said all along the Custom 1250 or what's identified in the Hardwire roadmap as a "High Performance Custom Model" could be the Sportster's successor.

What Makes Nightster a Future Possibility

Early this month, The Motor Company filed a trademark submission for the Nightster name, signaling it might have future plans for production. Manufacturers apply for trademarks all the time, but this move seems strategic since H-D®  made applications in the United States, the UK, the European Union and Australia, all on March 2, 2021.

How to Stay in the Loop

We bring you Harley news as it becomes available, so the best way to get local, authentic, trustworthy updates is to subscribe to our newsletter and to follow us on Facebook.