The staff at Black Gold Harley-Davidson® has a unique blend of various talents. Our Harley-Davidson Allen® team has several years of motorcycle experience in Sales, Service, Parts, & MotorClothes. We even have a chrome specialist. We're grateful to be a part of the community in Allen, Texas, and we're proud to serve customers from McKinney, Plano, Terrell, Lucas, and the rest of the Dallas area.

Many of our employees have come from the corporate world where they combine their skills and experience at what we believe is the best in Harley-Davidson® store in Texas. The one thing they all have in common is a passion for riding a Harley-Davidson® motorcycle!

Thanks to all of our customers for making us the 2017 recipient of the Bronze Bar & Shield Award! This prestigious award is presented by Harley-Davidson Motor Company and is based on product sales performance, customer service and satisfaction, and operational measures.

We're proud of the award because our goal every day is to provide customers with exceptional, authentic Harley-Davidson® experiences. We're committed to continual improvement when it comes to serving you.

We're not the best because of our location. Whether you're looking for expert Harley-Davidson repair, motorcycle financing, Texas Harley-Davidson events or just a place to connect with other motorcycle enthusiasts, you'll find it at our Allen location because we're fortunate to have such a strong team.

We pride ourselves on having well-trained experts that strive for customer satisfaction. That's why customers say things like, "Extremely friendly service without being pushy," and "I'm always greeted with a sincere, warm welcome."

Our team loves coming to work every day because we get to interact with the greatest group of people in Texas. We love Harley-Davidson® and we're passionate about what we do. There's nothing we like better than helping a new rider find their first bike, making a seasoned rider's experience better and spending time with the people who love motorcycles as much as we do.

We have an unlimited amount of NEW and Used motorcycles featuring all models of Harley-Davidson's® for sale including but not limited to the Sportster®, CVO™, Softail®, and Custom Motorcycles.

OUR BUSINESS MOTO AND PERSONAL GOALS:

We fulfill dreams of personal freedom – it’s our purpose, and we take it seriously. And while freedom means different things to different people, it’s a bond that brings Harley-Davidson® customers, employees,  and enthusiasts together. 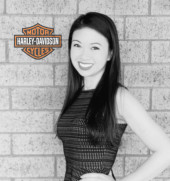 Controller of all the things controllable. 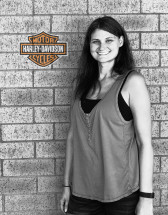 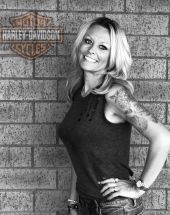 Amanda loves her family and is an avid reader. She spends her days at the dealership learning everything she can about Harley-Davidson® so she can educate the public on all the new and exciting changes! 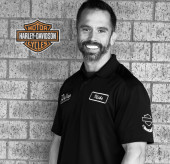 Hi, My name is Mike Kozda. I have been in the power-sports industry for 17 years. I am born and raised in Tucson, Az. Yes, it is a dry heat! My family and I moved to Rockwall in June of 19. I am excited to be part of the Harley Davidson Family. If you stop by the shop please say hi to me. 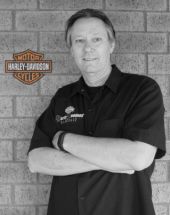 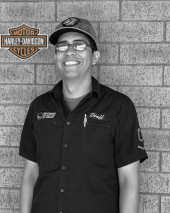 Rudy is married to the love of his life! He just recently retired from the military. Rudy is bilingual he speaks Spanish and English so if you need a translator he is your man! Rudy just recently bought a Harley and loves the H-D lifestyle! 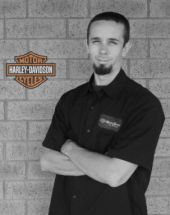 A true Texas native, Mat has been riding motorcycles since he was three years old (on his PW-50). After graduating from MMI he advanced from imports to Harley’s where he has made a career for himself that supports his personal need for the thrill of the ride. You’ll find him heading up a great deal of Service Operations at the dealership while also specializing in motor builds and Dyno Tuning. His Custom 883R is always parked on the side of the dealership during business hours and he can typically be seen pulling a stunt or two on it at the end of the night in the parking lot before getting on the road for home. 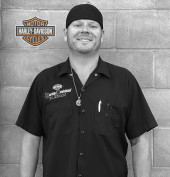 Meet Mathew Tippie! Better known as “Tippie” here at the shop! Tippie is our new collision manager here at Black Gold Harley-Davidson in Allen! He has years of experience in Motorcycles, Insurance, he graduated MMI for Harley and we are so excited to have him on our team! 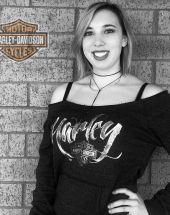 Being a fashionista, Megann specializes in helmets and can hook you up in safety AND style. She will always encourage you to be weird, be yourself and never allow someone else make you feel worthless. Megann would love to travel the world and hang out with Lzzy Hale for a day, because that girl is such a badass - just like Megann herself.

THE FIRST HARLEY-DAVIDSON® DEALERSHIP IN DALLAS

In the Fall of 1929, a brave entrepreneur opened the first Harley-Davidson® motorcycle dealership in Dallas, Texas and simply called it "Harley-Davidson® of Dallas". His name is lost to history.

Searches of old Dallas business archives and the Harley-Davidson® Motor Company archives come up with nothing but a start date and general address of Main and Elm. A kind gentleman recently sent us information that the original address was 2824 Main St., on the Southwest corner of Oakland and Main Streets .

Of course, the first Harley® motorcycle dealership in town would be located in Deep Ellum. The residential and commercial area East of downtown Dallas was first called "Deep Elm," but when residents spoke the name, it had a southern twang. It's one of the most historically significant areas of Dallas. Out of Deep Ellum came the area's liveliest entertainment, attracting early jazz and blues musicians and commercial investors.

THE PERFECT PLACE FOR HARLEY-DAVIDSON® near DALLAS

It just makes sense, doesn't it? The brave entrepreneur obviously prospered even in a time when the Great Depression rocked the nation. He bet on a winner, and what a winner Harley-Davidson® motorcycles have turned out to be!

The shop has been owned by a handful of people over the last 88 years, and they've all believed solidly in Harley-Davidson® motorcycles and the great country that birthed them.

It moved out of that little shop in Deep Ellum, where we've been told by some "old timers" they used to hang out on Saturday, and lean over the chain that separated the Sales Department from the Service Department.

Eventually, owner Eddie Conley moved the dealership from its downtown location to one on Plano Road in 1974. In 1985 it moved again to Shiloh Road.

In 1999, then-owners moved the motorcycle shop north to Allen, Texas and everyone thought they were crazy... the only things in Allen, TX at that time were cow pastures and farms. Today, it's a thriving community with welcoming neighborhoods, world class restaurants and shopping, and one of the best school districts and High School football teams in the State of Texas.

We've been part of the Dallas community almost from the very beginning. We've been proudly offering motorcycles for sale and providing motorcycle service for more than 88 years. Several of those were at our previous location at 304 Central Expressway in Allen. We said a sad goodbye to our old location, but we couldn't be more excited about the road ahead.

In 2019 we began construction to expand our facilities and make our Harley® dealership more accessible to our customers in McKinney, Rowlett, Rockwall, Plano and Carrollton. Our area is experiencing explosive growth, and we want to continue to supply the motorcycles, service and merchandise our customers are looking for.

THE BEST DALLAS HARLEY® DEALERSHIP IS GETTING EVEN BETTER

The new dealership is closer to 121 to provide our customers with easier access and more convenience. Here are just a few of the things you'll find inside and outside our 50,000 sqft facility:

Early during the 20th century, prospectors discovered oil at Spindletop near Beaumont, when The Lucas Gusher shot oil 150 feet into the air for days. They called oil "black gold" because it flooded the area with wealth and made motorized travel possible across the nation.

Around the same time, William S. Harley and Arthur and Walter Davidson introduced the first Harley-Davidson® motorcycles. Both black gold and the legendary motorcycles are essential parts of our area's history.

We chose our new name to honor the past and look toward the future. We're excited about the changes, and we'll keep you posted as they develop.

All the motorcycle service experts you trust to keep your bike in top shape are coming with us. They're looking forward to moving into expanded service facilities. Also, we'll still be your go-to resource when it comes to creating the custom motorcycle of your dreams.