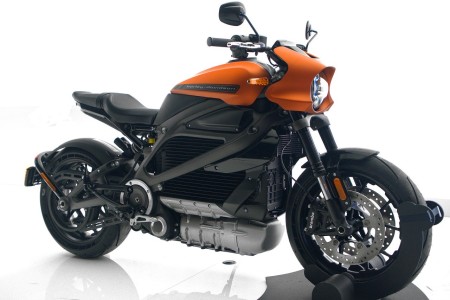 Since this is a Harley-Davidson®  blog, you can probably guess which way we’re leaning. But is it all talk, or is LiveWire really the best electric motorcycle? Let’s compare some of the most popular models side by side and see which manufacturer comes out on top in terms of value, durability, power and technology.

The name implies speed, and Strike is definitely fast. Lightning Motorcycles has only been around for about five years, and they’ve made a name for themselves by producing electric bikes at a relatively low cost. It’s worth pointing out that the whole company has existed for less time than Harley-Davidson® invested in researching, developing and manufacturing LiveWire.

Strike costs less than LiveWire™, starting just over $12,000. At first, it sounds pretty good, with the manufacturer advertising a 150-mile range and a 35-minute charge time. It’s also fast, with reports clocking top speeds of 150 miles per hour. So how does LiveWire stack up?

Lightning Motorcycles just provides the barest details about Strike’s underlying architecture. The fact the company is still relatively new makes many nervous, especially in a global economy currently filled with uncertainty. Plus, you can reserve a bike and have it shipped, but you can’t drop by a Texas motorcycle dealership for a test ride like you can with any currently in production model Harley.

When you do a little digging, you’ll find that 35-minute charge time only happens at fast chargers, and Level 3 DC fast charging is an option that will cost you $1,500 extra. Level 2 charging with a 6.6 kW onboard charger is another $1,500. Strike comes with a standard onboard charger rated at 3.3 kW. Plug it into a standard household outlet and you’ll have to wait all night before you’re ready to ride again.

That 150-mile range is also misleading. Strike has three battery sizes, with the base size only providing between 70 and 100 miles depending on whether you’re riding in the highway or city.

So how does LiveWire™ measure up? It costs more because you get more. Harley-Davidson® has been making motorcycles for more than a century, so we know a little more about it than a company younger than most peoples’ kindergarteners. That being said, you’re getting more than just a name.

Our high voltage battery gets you 146 miles of riding or 95 miles of stop and go combination riding. The onboard charger works at any public Level 3 DC Fast Charge station and gets you to 80 percent in 40 minutes or back on the road with a full charge in an hour. LiveWire blazes from 0-60 in 3.0 seconds. Plus you get a whole range of technologies that revolutionize the riding experience. Keep reading for more on Reflex Defensive Rider Systems, Ride Modes and other LiveWire™ tech.

California startup Zero Motorcycles started working on its electric motorcycle Zero SR/F in 2010. Since everyone wants to start with Harley’s price tags, let’s go there together.

You’ll find another huge difference in the looks department. Zero looks like pretty much every other sportbike. LiveWire™ looks like a high tech, super-fast café racer from the future. Throw a leg over and you’ll feel a significant difference between LiveWire’s trick chassis and Zero’s steel trellis. Gear Patrol says Harley’s bike is “more sophisticated and finely-tuned, making LiveWire™ feel more planted, secure and stable in the corners.”

Energica Ego makes Italian performance bikes more energy-efficient, and it comes with a price tag starting around $34,000. It just recently became available in the United States. If Italian bikes are what you think are sexy, the Bar & Shield brand might not be your thing. We're more about raw power, attitude, self-expression and independence.

Energica Ego promises up to 120 miles of city riding and 70 miles of sustained highway riding, falling a little short of LiveWire’s 145/95 mile range. They offer more than some of the cheaper bikes in terms of connectivity with an app and Bluetooth included in their latest year model. Harley still offers superior rider tech.

Also, with a lower MSRP, instant acceleration and sophisticated technology, LiveWire provides unbeatable value. LiveWire comes with seven selectable Ride Modes, each of which delivers a custom blend of power, regeneration, throttle response and traction control. Customization is literally at your fingertips with the bike’s touchscreen. When you take it home, four modes are already pre-programmed so you can easily switch between sport, road, range and rain settings, then customize the other three as often as you like.

LiveWire’s Reflex Defensive Rider Systems (RDRS) makes Harley’s electric motorcycle even more sophisticated. The collection of technologies help you keep this powerful vehicle under control when you accelerate, decelerate and brake, even in adverse weather conditions and unexpected situations. RDRS comes standard on all 2020 LiveWire motorcycles.

The media likes to compare Victory and Indian bikes with Harley's. The companies are very different. Both Victory and Indian are owned by Polaris, the company you best know for making jet skis and snowmobiles. If you took a look at Victory’s Empulse TT and thought it looked familiar, there’s a reason.

The bike was originally manufactured by Brammo, a company that made electric traction motors and traction batteries. Brammo’s electric bike did okay, but never became a household name. Polaris bought Brammo in 2015, slapped Victory’s logo on the Empulse TT and released it to the public.

It’s pretty basic for a sportbike in terms of looks, performance and tech. MSRP is just under 20k. But before you buy one new, look online. Just slightly used models are available for less than half that, which makes you wonder why the bikes aren’t holding their value and why current owners are willing to part with them for so little.

Don’t Take Our Word for It

Why not just take a LiveWire™ test ride instead? Book yours here.