‹  Home  ›  Black Gold Harley-Davidson® - News & Blog  › If You're Breaking These Rules of the Road, We're Totally Judging You 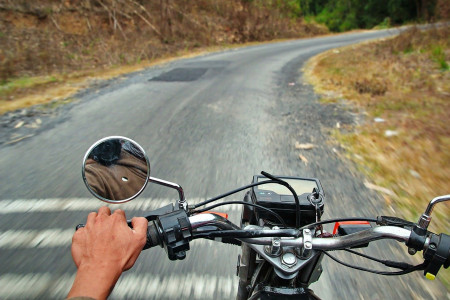 The thing about Harley® riders is, we mostly don’t care what other people think. As in seriously couldn’t give a rat’s rear end. We talk how we want, wear what we want, hang out with people based not on their status but on their heart, and if you’ve got criticism, that’s your deal. And we treat others the same.

However, there are unwritten rules of the road that when people break them, we shake our heads. We talk to other bikers about the ridiculousness or audacity of what we saw. We judge.

If you’re new to riding, you probably want to know those unwritten rules from the start. And if you’re someone who others describe as oblivious, this might be for you as well. Because if we see you doing any of these things, we’re totally judging you.

We’re proud of our bikes like most people are proud of their kids. We take care of what matters to us, so it’s hard for us to understand when others don’t do the same. To us, a neglected bike is like a pet that’s tied up and left month after month in a tiny corner of the yard or a luxury home that’s allowed to fall into disrepair. If you can’t take care of it, you don’t deserve it.

Bikes get dirty, that’s just a sign they’ve been ridden. But they shouldn’t stay that way. And if you ride a lot, your tires will need to be replaced. Take care of it, or park your bike until you can.

There shouldn’t be rust visible anywhere on your bike. Leaks should be addressed as soon as possible. Chains and sprockets should be clean and frequently lubricated.

Also, don’t be the guy (or girl) who doesn’t think of others when it comes to getting gas. If you’re going for a ride with friends, stop on the way to fuel up.

Ride When You Shouldn’t

If you’re going out with a group, be prepared to keep up. Check the weather and bring the right gear. We’re all in the same boat, nobody wants to hear you whine about being too hot or cold or wet because you didn’t plan ahead.

Don’t stay out too late the night before. If you’re tired or hung over, you’re not focused. You’re going to make mistakes in judgment that could cost your life, or the life of someone else in your group. You’re also more likely to be short tempered. Stuff happens on the road. If you’re in the right frame of mind, when it does it’s a challenge to overcome. If you’re not, your fuse is short and you don’t deal with it as well.

The wave is a sign of respect and acknowledgement, signaling riders are connected by the road. If we pass you, we offer the wave and you don’t reciprocate, we probably won’t judge you the first time. But if that’s the way you always roll, it’s hard not to think you’re a jack#$$.

If you see another rider and you can wave, do so. There are, of course, these situations where a wave is not obligatory:

Note: If you can’t wave, it’s acceptable to substitute a head nod.

If you’re riding with a group and you all agree on it, and you’re in a geographic location where it’s legal, lane sharing is all right and can add to the experience. In any other situation, give fellow riders plenty of room. If you don’t know the other rider is okay with it, don’t assume they’re okay with you getting in their lane.

Make sure other riders see you before you pass them going the same direction on the roadway. It’s also best to give plenty of space at stoplights.

Ignore a Motorcyclist in Distress

One of the most universally accepted unwritten rules of the road is that when one motorcyclist sees another in need of assistance, he or she stops to render aid. If you see a fellow rider with a bike down, it looks like they’ve been in an accident or they just look like there’s a problem, it’s polite to check on them. You might be able to phone for help or bring them some gas.

While it’s generally expected under normal circumstances, there are exceptions. If you’re a solo female rider at  night, or you’re passing through a rough part of town and the situation looks shady, use your discretion.

If you’re a teenager with his first new shiny bike… well… it’s still not a good idea to rev your engine at every stoplight and race around at breakneck speeds throwing caution to the wind. If you’re at a show, a race or a rally, there are appropriate times to show what your bike can do and your capabilities as a rider. At a random stoplight or riding through neighborhoods at night is not that time.