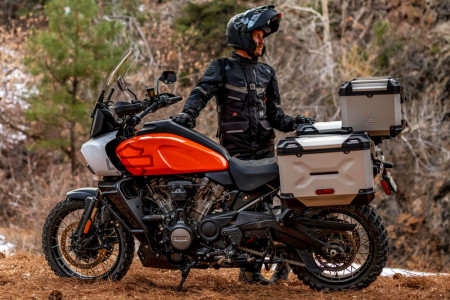 Harley-Davidson® enthusiasts who have read any news at all know these two things: that the manufacturer has included huge technology upgrades in new models over the last several years, and that there's a problem getting components necessary for making vehicles. The problem isn't specific to your local Harley®  shop or to just Dallas motorcycle dealerships, it's global.

Pretty much everyone is also sick of hearing the situation is messed up "because COVID." It seems like the reasoning behind everything unpleasant right now. We're going to take a look at how the problem happened in the first place and what you can expect if you want to buy a new Harley-Davidson® in the months and years ahead.

How the Microchip Shortage Happened

When people refer to chips, they're talking about semiconductors. They're in almost everything from cars to smartphones to LED bulbs to household appliances. And that's just how everyday citizens use them. They're also critical to the factories that make all that merchandise, to the military and in the medical field. The current shortage isn't just for semiconductors used in automobiles, it's for everything.

Semiconductors are circuits made of silicon with built-in transistors. The ones powering your smartphone, laptop and car are pretty sophisticated. Within the industry, some companies design the chips while others manufacture them. It's pretty common for companies that make smart watches or dishwashers or programmable thermostats to outsource both the design and the manufacture of the microchips they need. While American consumers make up a huge percentage of the individuals who use products containing microchips, only about 12% of them are actually made in the U.S.

What triggered the problem really was COVID-19, when workforces across the globe switched to remote work everywhere possible. People updated their home technology and workplaces rushed to provide remote work options and hardware. Demand for microchips went up.

Also, vehicles (including bikes) are coming with increasingly complex in-vehicle computer systems. They need more chips. New vehicle models already in the pipeline pre-pandemic were designed with the expectation those chips would be available.

But during the pandemic, auto-makers shut down plants. Semiconductor manufacturers adjusted their output. Now demand has skyrocketed and the supply chain is struggling to catch back up.

In response, the White House brokered a series of meetings between manufacturers, their suppliers, automakers and other manufacturers in need of semiconductors. They report the resulting transparency has helped improve production, but there's still a long way to go.

Semiconductor manufacturers currently say they'll be able to ramp up production later in 2021, hopefully getting to the point they once again meet demand. After that, it will still take time to catch up. But demand is going to continue to increase. The emergence of 5G technology means people need new 5G enabled phones with new chips. Technology marches forward to make everything we use smarter.

When a plant or factory can only put out so many chips per month or year, everyone is affected. Early in the pandemic when everyone was on lockdown, people couldn't shop dealerships for bikes even if they wanted to. Dealerships reduced the amount of inventory on order and that reduction signaled semiconductor makers to cut back. Then when it was time to crank things back up, the supplies weren't already in the pipeline.

Indian motorcycle maker Bajaj Auto said in May the chip shortage was drastically affecting its ability to produce premium segments like KTM and Husqvarna. Yamaha's President and CEO echoed those sentiments.  The ripple effects are going to continue, and one way or another, almost everyone will feel them. So what does that mean for you?

Used Bikes are in High Demand

If you're thinking about trading your bike, now is the time. COVID didn't just cause people to change the way they worked, it made them re-evaluate what they're doing with their life as a whole. They started learning to do things they'd always wanted to do (like ride a motorcycle). They invested in purchases that made them feel happy and less stressed (like a Harley®). They recognized no one is guaranteed tomorrow, so they splurged on themselves (by buying a really nice Harley®).

Demand for motorcycles went up, and at the same time the supply decreased. Vehicle manufacturers will struggle with supply chain issues until microchip makers catch up.

Another factor is the extreme popularity of recently released Pan America and Sportster S. During the best of times people sometimes have to wait on high-demand bikes. Right now if you see what you want in the dealership it would be a good idea to go ahead and purchase it. If you don't we can help you order. Contact us online or use the chatbot in the lower right corner of your screen.