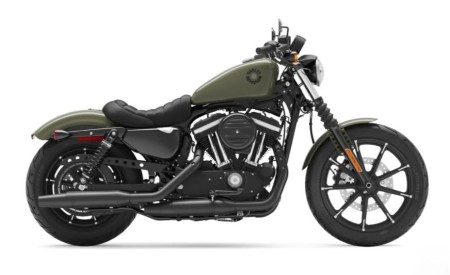 People often ask, which bike is better? Maybe recently you were browsing a motorcycle trader website online or looking at Dream Machines or another Dallas TX motorcycle dealer's used bikes and you saw Harley’s Sportys next to their Indian counterparts and you wondered which was superior? Let’s compare the Indian Scout vs. Harley-Davidson® Iron 883.

These are both very affordably priced, American-made cruisers designed for everyday use. They’re both marketed as entry-level bikes that are great for beginners. On paper, they appear to be very similar. Both brands say they’re about heritage and classic American styling. So if you have to choose between the two, how can you know you’re buying the best motorcycle?

Let’s say very quickly here that we’re looking at Indian Scout vs. Harley-Davidson Iron 883 because they’re the most similar. Most of what we’re about to say about the 883 also applies to the 1200. The key difference in 1200 are the jugs and the final drive gear – that means a difference in engine displacement. You get more power. The two are very similar in other respects, so most of the following comparisons still apply.

The same could be said about the Scout Sixty and the Bobber. They're very similar, both with a V-twin, liquid-cooled engine. The Sixty has slightly less power, and the Bobber has a stiffer ride. There's also a slight difference in seat height, and the Bobber comes with a leather seat.

During World War II, soldiers used Harley bikes to serve their country. When they returned home, they sought out motorcycles for economical transportation and to ride for recreation or sport. Harley started making the Model K, a bike that was faster and lighter than the competition. The Iron 883 made its debut soon after with many similarities to the Model K and even better engine performance.

The Sportster came out in 1957 with the Ironhead engine, and has been one of the most popular bikes of its type ever since. In 1986 Harley® introduced the Evolution engine, then in 2007 Iron 883 got fuel injection, ABS and a couple of other upgrades. Notable versions include the “Competition Hot” bikes of 1958, the offroad XLC900, the Café racer version from 1977-1979 and Evil Knievel’s jump bikes between 1970 and 1977.

You’re reading this article on a Harley-Davidson dealer website. You probably already guessed we’re going to lean heavily in favor of the Sportster when comparing Indian Scout vs. Harley-Davidson Iron 883. However, we have a lot of respect for the Scout, and one of the reasons is the bike’s long history.

It goes all the way back to 1910, just a few years after William S. Harley and Arthur Davidson made the first Harley available in 1903. Motorcycles in general were a very new thing, and Scout won a lot of popularity contests for its performance in the emerging motorcycle racing world. It saw widespread adoption across the world and was also used by soldiers during WWII. Then during the 1950s Indian canceled the Scout, suspended production on all other models, and went through several major changes in ownership. Indian was finally acquired by Polaris Industries in 2011, and they brought back the Scout motorcycle of today.

So let's look at the numbers. We got these from each manufacturer's website, so they're what Indian and Harley-Davidson publish for official specs.

There's no comparison in terms of looks. Iron 883 has a presence and attitude. It's like a glowering, hunkering presence just waiting for you to bring it to life. Scout is...well...it's just a motorcycle.

As you can see in terms of specs, in so many ways they seem almost identical. They've both been around a long time, although the Scout wasn't in continuous production like the Sportster. That's where one of the key differences really becomes apparent.

Harley has been continually refining the Iron 883 since the 1950s. They've made accessories and available upgrades all that time. There are also a huge range of companies making aftermarket parts for pretty much any year model. That means the most basic Sportster is a canvas for pretty much anything you want to make it, and there are a lot of available resources for doing so. It also has a more iconic look and status. It has mid-mounted controls, which makes it the more comfortable ride for shorter riders, and a lot of riders say the seat on the Sporty is much easier on their backside, and the leather gives it a more high end feel.

The best way to know if Iron 883 is for you is to test ride one. Book a test ride here.