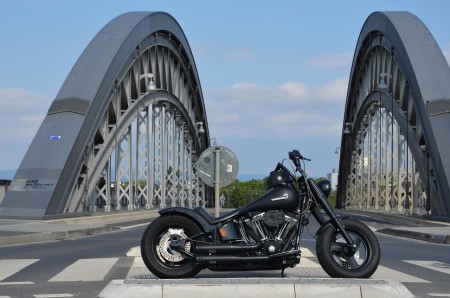 When the Fat Boy Arnie used in Terminator 2 went to auction, experts said it would probably bring as much as $300,000. They were wrong. An unknown bidder ended up paying over $480,000 for it. Another one of the bikes Schwarzenegger rode in the movie was lovingly restored in 2014 and now sits at the Harley-Davidson® museum in Milwaukee. Fans loved Fat Boy before Arnie’s stunt double jumped the 700+ pound bike into an LA sewer, and after their adoration rose to almost religious fervor.

Now a lucky few have the chance to own a bike that might be even more iconic. The first Fat Boy left the factory in 1990, and decades worth of riders have enjoyed it since then. Now to celebrate its history, Harley-Davidson® is only making 2,500 of the Fat Boy 30th Anniversary Edition. 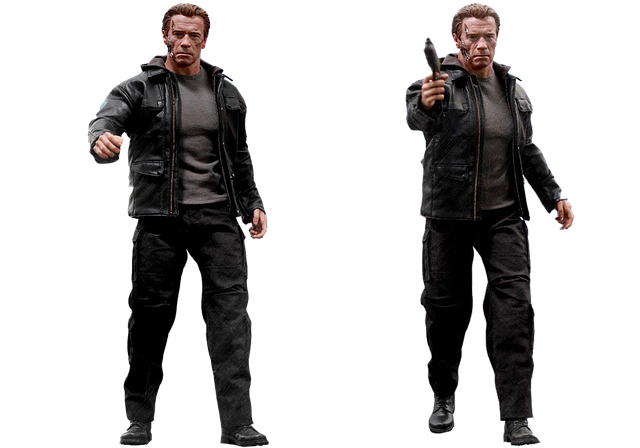 So what’s different about the Fat Boy 30th Anniversary Edition? The bike still has the winged tank logo Willie G. designed for the original standard model. The limited-edition still has the fat tires loved by cyborgs and humans alike, along with the massive nacelle and disc wheels that look as intimidating on the Dallas streets as they do during nuclear Armageddon.

The main aesthetic differences in the 30th Anniversary Fat Boy are in its black finishes. Paint comes only in Vivid Black. Machined highlights are all Satin Black. The Milwaukee-Eight 114 powertrain is blacked-out, with Vivid Black engine covers and subtle bronze satin accents.

Brad Richards, vice president of styling and design at Harley-Davidson® explained on YouTube how the original Fat Boy was designed by Willy G, and from the very beginning, it was incredibly iconic because of its proportions, its presence, its massive wheels and headlamp and its modern aesthetic.

But the original is intentionally bright, with chrome finishes. He explains “with the 30th Anniversary edition we dipped it in black. We made a conscious decision to make a finish and color change that was radically different than the production version of the motorcycle.”

He remembers being impacted from a very early age by Fat Boy’s presence. “I remember seeing it as a kid, it looked like a locomotive to me, like the front of a locomotive with a cow catcher, and I think that really speaks to…the presence the motorcycle has. It’s just massive, and it feels like it’s unstoppable.”

The beauty isn’t only skin deep, the Fat Boy 30th Anniversary edition is even more lethal than its predecessors. You get a Softail frame for extreme responsiveness and incomparable suspension. Harley offers Screamin’ Eagle Performance Parts Stage upgrades, so whether you just want to show off or you’re getting ready for a showdown with indestructible shape-shifting killers from the future, the ultimate in performance is within reach.

You also get machined Lakester disc wheels in cast aluminum on both front and back and a 2-into-2 staggered exhaust, catalyst in muffler. And, while we don’t recommend riding like a stunt double unless you actually are one, if you do, the 30th Anniversary Fat Boy is 30 pounds lighter than previous models.

The 30th Anniversary Fat Boy doesn’t replace the regular model. It’s still available in numbers that aren’t as limited. Find the 2020 models online in our showroom or browse used Fat Boys for sale in our pre-owned bikes section.

If you haven't watched the scene from Terminator where Arnie takes the movie Fat Boy from a biker at a bar, along with riding gear and sunglasses lately, here's a link to it on YouTube. Then, here's the digitally remastered truck-chase scene. The bike jump is at 3:07. Have fun, then come right back.

Brad Richards explains another detail that makes this bike unique. “Each bike is individually serialized, it’s on the console insert…There are not going to be very many of these out there. We thought it would be another way to make the bike even more exclusive, more premium, and allow the owner to realize they really have a piece of our history, and something they should hang on to.”

The 2020 Fat Boy 30th Anniversary model has an MSRP starting at $20,599. Every time we get one here at Black Gold Harley-Davidson® it sells almost immediately. If you want to own a piece of history, you definitely don’t want to wait around. Contact us online or use the chat feature in the lower right part of your screen and we can look into obtaining one for you.