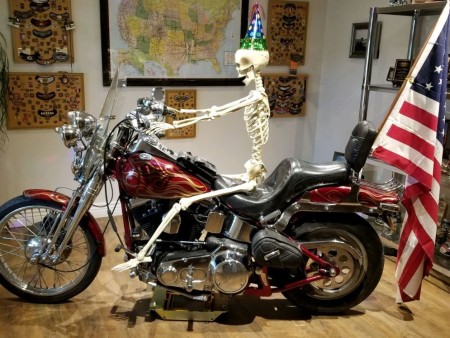 A HISTORY OF HARLEY-DAVIDSON®

Maurice Stovall is a career military man who served as an Air Force Communications Expert for more than 20 years. He's also a 20-year cancer survivor. He's traveled all over the world, living on the edge in places like France, Germany, England and Korea. He rode motorcycles in many of those places, and whenever he could he was on a Harley®.

He started riding when he was 16, a teenager growing up in California during the 40's. He started out on a 1927 Indian Scout, but upgraded to an H-D® as soon as he could. If you ask him why he'll tell you he's had more fun with Harley® than anything else.

A Hollywood dealer named Art Frost bought big shipments of World War II surplus, and among one of his lots was a Harley-Davidson® motorcycle. During WWII the brothers Davidson produced thousands of them for Air Force, Army, Navy and Marines officers overseas. For the MP, it simplified travel with room for a leather rifle sheath and ammo box. Soldiers added saddlebags to carry supplies, tools and documents. After the war ended many of them were discarded, but some were shipped back to the U.S.

Maurice bought his Harley® for $650 and rode it for over three years, racing his friends across the salt flats in the California desert. 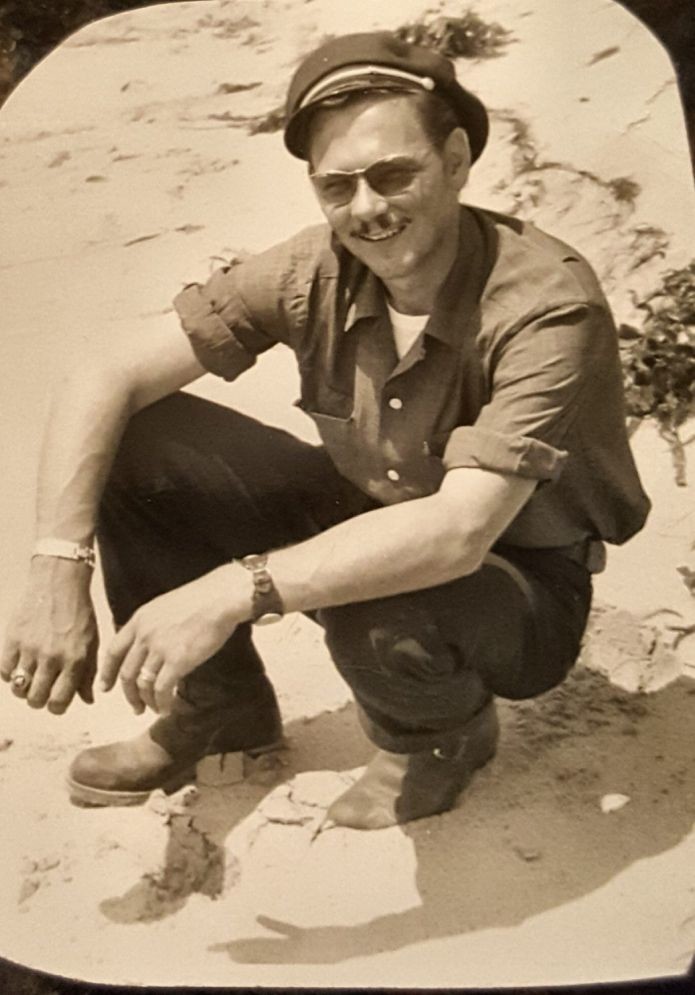 Maurice has a lot of stories about motorcycles. He'll tell you he's been riding 74 years and been in some spectacular accidents, but he's never broken a bone. He laughs and amends he did break the pinky on his left hand when he was 80, but that had to do with stairs, not bikes.

He tells the tale of when he and three friends rode motorcycles to their California high school. "Our school was having a track meet with runners on a dirt track. We got to school an hour earlier than normal and that track looked awfully inviting."

It was before synthetic surfaces on athletic fields when runners raced on a dirt oval. Schools marked lanes with carefully measured lines made of lime. The track meet was a big deal, so the coach had just applied painstakingly measured lime lanes that went all the way around.

When the three teenage boys roared up an hour early, those white lines and open lanes were irresistible in the morning light. "We spent about an hour going around that dirt track," Maurice said. "If there were any way coach could have killed us and got away with it he would have."

They had to postpone the track meet. Maurice was 17 and due to graduate. He says it's a good thing, since that limited the time Coach had left to make their lives miserable.

WHY THERE'S A HARLEY® IN HIS LIVING ROOM

Maurice has been a Harley Owner's Group member for more than 25 years. He and his wife Sonja rode bikes all over the U.S., and one of their favorite things to do was go to Sturgis. They rode in a time when some vehicles still ran on leaded gasoline. "I was riding an early model Sportster that wasn't set up for unleaded gasoline. Someone had converted it and they screwed up, and we broke down just outside of town," he said.

They weren't going to let a breakdown keep them from Sturgis. They took everything off the bike and went by car.

That year Harley-Davidson® was celebrating their 85th anniversary with three special edition models with special paint, badges and other features. They only produced a limited number of 1988 FXSTS Softail Springers, and they were all sold before they left the factory. Maurice bought a single $5 raffle ticket for the prize Softail Springer offered at Sturgis.

They discovered they'd won after they headed home. Sonja answered the phone and he said she screamed in excitement. The two returned to South Dakota to pick up the bike, and he put more than 100,000 miles on it after that. 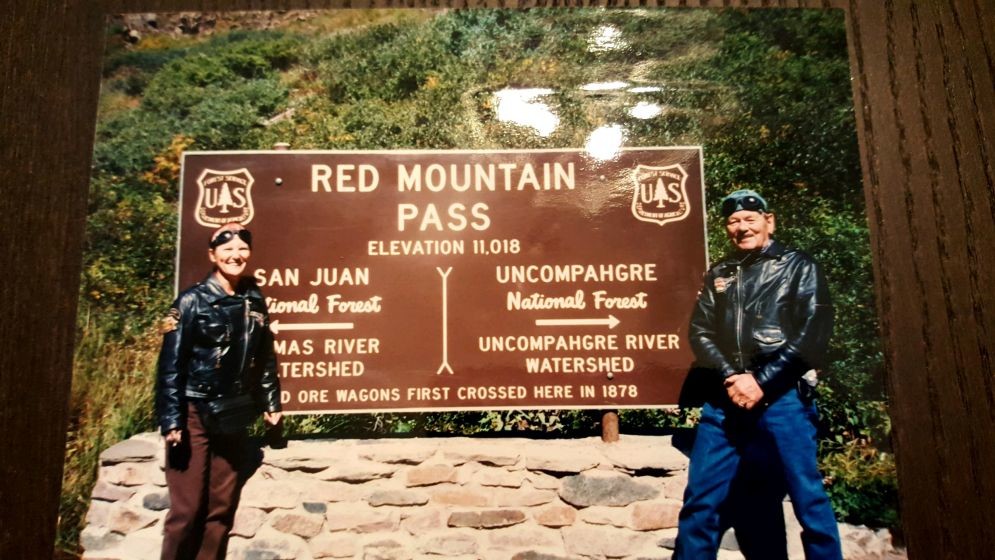 ON HARLEY® AND FAMILY

Maurice taught all of his children to ride on dirt bikes. When the youngest was out of the house Sonja was in her 50s. She said, "If you can teach all those kids how to ride, you can teach me how to ride," and he did.

She started riding a Suzuki before they made their very first trip together to South Dakota. Maurice said after their first Sturgis trip he asked her what she thought, because he knew the event could be overwhelming. Sonja's daughter describes her as "95 pounds soaking wet," but the tiny woman had big opinions and she wasn't at all intimidated by the event. She said the next time she went, it was going to be on a Harley®.

Maurice lowered an Iron 883 Sportster for her and added a bigger gas tank. In addition to seven trips to Sturgis the two made three trips to Daytona, visited the Harley-Davidson® facilities in Milwaukee and rode all over the United States. They marked their journey on a big map hanging above the Softail Springer. 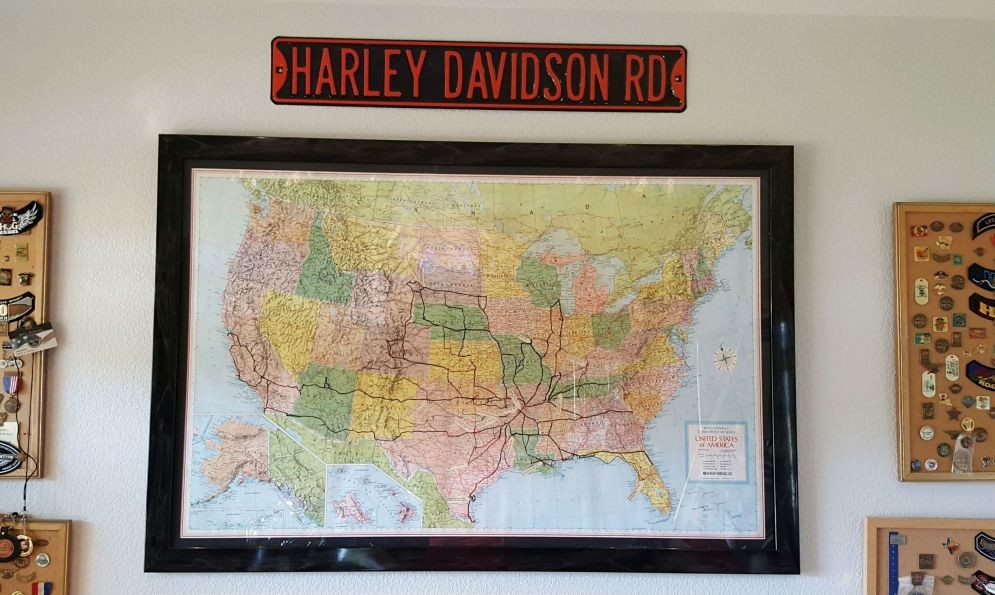 WHAT HE PLANS TO RIDE NEXT

Maurice was in London the week after Queen Elizabeth II's coronation. Since the queen is currently 92, Maurice's daughter Crystal points out they're almost the same age. However, we suspect the monarch isn't having nearly as much fun.

The 1988 Softail Springer is permanently mounted in the Stovall's home, so Bones is the only one to ride it now. Maurice is currently the market for a Trike. He tried this Freewheeler on for size at our dealership. He says when the time, price and bike are right, he'll know. 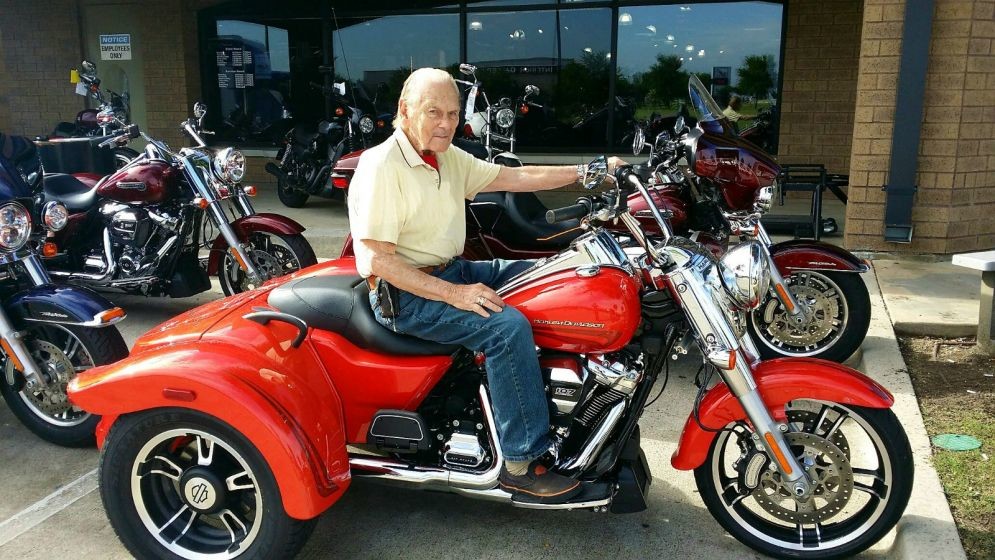 We're thankful to Maurice's daughter Crystal for being willing to share his memories and photos. "He's just the coolest person that I've ever met," she said. "The most amazing person I know and always up for an adventure. He's one of those people that if you're in the trenches, he's somebody you would want at your side." At Black Gold Harley-Davidson® it's with deep respect and admiration that we wish Maurice a happy birthday this year and for many more to come. 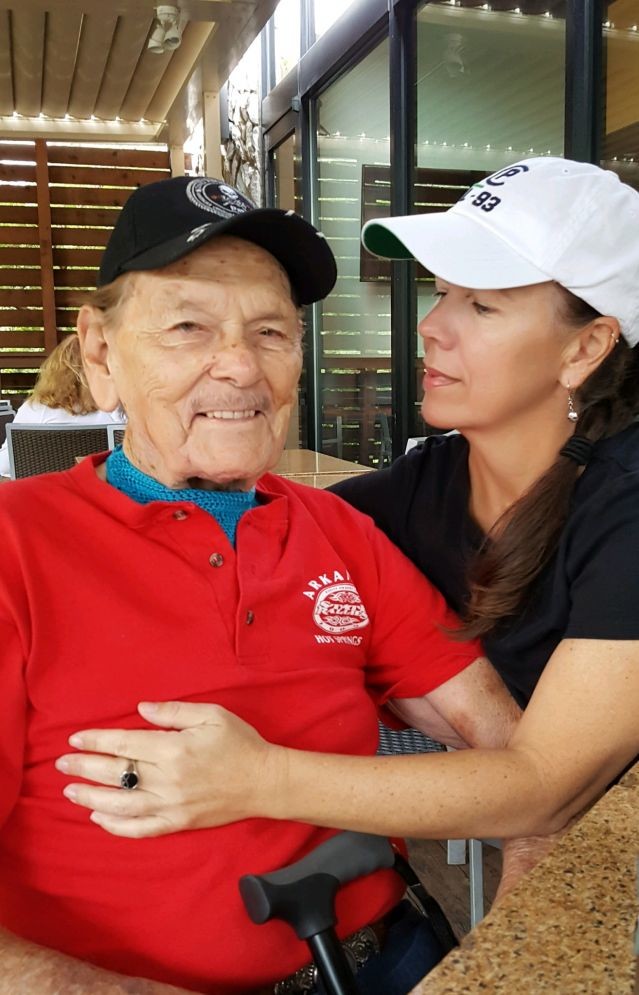