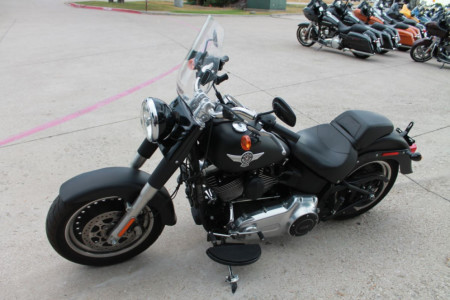 Harley-Davidson® has changed a lot over the past century. From the beginning the company made iconic motorcycles, and they're continually improving and creating new products that become legacy machines. Each Harley® model we sell in Allen Texas has distinctive looks, performance characteristics and traits. Let's talk about one of the most popular models of all, the Harley-Davidson® Softail®

HARLEY-DAVIDSON® SOFTAIL® -- WHY THE NAME?

Hardtail motorcycles come with a rigid frame and zero rear suspension. You can imagine how comfortable they are to ride, especially over any kind of distance. They look clean and retro, but they're a literal pain in the butt to ride.

The Softail® has rear wheel suspension hidden away under body panels held in place with a swingarm. They're soft on your tail, hence the name.

Models produced between 1984 and 2017 have shock absorbers along the bike's axis. On 2018 and later bikes, the shocks are under the seat.

WHO DESIGNED THE H-D® SOFTAIL®?

The Softail design didn't originate in Milwaukee. During the 1970s, Harley® enthusiast and engineer Bill Davis started biulding a rear suspension frame in his garage. He started with his 1972 Harley Super Glide and created a cantilever design swingarm frame he later patented.

In 1976, Davis met with Willie G. Davidson, grandson of one of the original H-D® founders. Davidson said it was a great idea, but basically the company wasn't going to use it at that point. Davis went back home, but he didn't give up.

He made design improvements and started the company "Road Works" to manufacture his bikes. When the company failed to take off a Harley® executive offered to buy his patents and prototypes.

Harley® produced the first Softail® model in 1984, and motorcycle enthusiasts loved it. Since then it hasn't just become one of the best selling models, other manufacturers adopted Davis' design. Victory, Kawasaki, Yamaha and Honda all use a version of Davis' Softail® frame on some of their models. 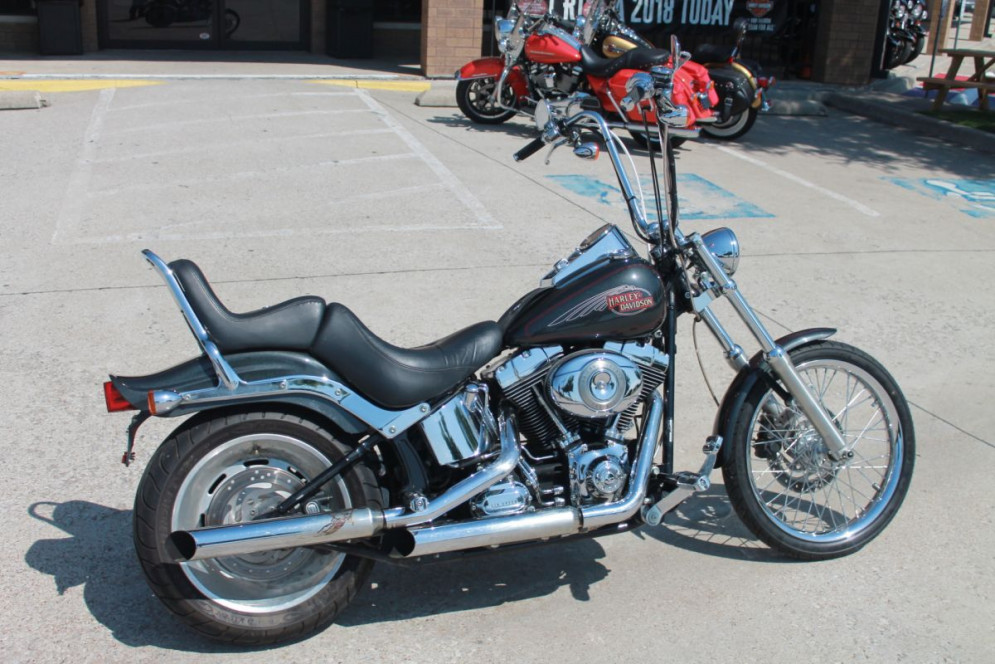 Over the years the Softail has evolved. Here's the progression:

At our Allen Texas dealership, we've heard a variation of this statement over and over: Dyna® handles better, but Softail® looks better. H-D® heard you in 2018 and merged both lines to bring the best of both worlds.

Dynas have superb handling, but some riders didn't like the look of the large shocks and bulging battery box. Softail® has an austere aesthetic and minimalistic lines, but it didn't seem to lean into the turns with Dyna's grace. When the manufacturer blended features from the two lines, here are a few of the changes:

The result is a bike that weighs less, handles better and is more powerful than its predecessors.

HARLEY-DAVIDSON® SOFTAILS® FOR SALE NEAR DALLAS

To find your next bike, visit our Allen Texas dealership or browse our online inventory. Click here for 2019 Harley-Davidson® Softails® for sale in Dallas or check out our pre-owned Softails® for sale. At the top under "Model" choose Softail®, then refine by range. Once you've found the bikes you're interested in set up a free test ride to check them out. See you soon.