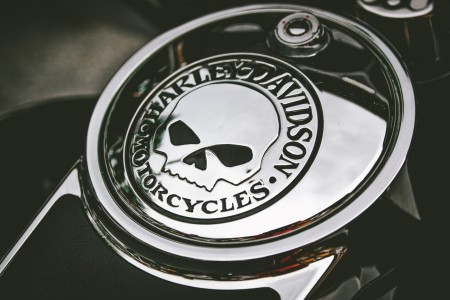 Younger generations often have different tastes, styles, goals and aspirations from those who have gone before. Critics say Harley-Davidson® is struggling to appeal to Dallas Millennial audiences. They say Harleys® are too expensive for a generation buried in student debt. They say our bikes are big, loud and slow and riders in their 20's are looking for sleek, sporty and high tech. When they do, it shows they really don't know what they're talking about.

We talked to Black Gold Harley-Davidson's® CXI Specialist Billy Davidson. Mr. Davidson knows Harleys® like no one else, and he shared exciting ways the motorcycles actually bridge gaps between generations.

Davidson frequently works events at locations besides the dealership like football games and fireworks shows. When he mentioned talking to people who didn't ride, we asked how he knew they were interested. "We take a few motorcycles," he said. "Everyone wants to look at the motorcycles. The bikes themselves are the draw. Especially for people with kids, their children run up and they want a picture."

From childhood there's something inside almost all of us that's drawn to the freedom of two wheels. Davidson says the pull is especially strong for people who rode dirt bikes when they were younger. "It gets in your blood, kind of like gambling," he laughed. "You never get over it. Every October and every March you get this incredible urge to ride."

Whether your thing is chrome or blacked out machinery, the comfort of a touring bike or a nimble frame, there's nothing like a Harley-Davidson® motorcycle.

THE ULTIMATE IN SELF-EXPRESSION

If you were born between 1980 and 2000, you're probably sick of hearing people say your generation is lazy, narcissistic and coddled. You probably actually don't still live with your mom and you pay all your own bills. You resent being lumped together with every other person born in the same two-decade span, because you're an individual.

When we asked Billy Davidson what about Harley® he saw appealing to new riders, the first thing he said was how they are a form of self-expression. Riding is about defying expectations, breaking through boundaries and shattering stereotypes. Harley® lets you turn your bike into a powerful vehicle to show the world exactly how you're unique.

When you ride a custom motorcycle, he pointed out, you never walk into the parking lot and wonder which one is yours. Your bike becomes the ultimate form of self-expression. Customize your exhaust, wheels, seat, windshield or pretty much every other element of your bike until it's exactly what you want it to be.

Imagine racing along the beach on a motorcycle, with sand flying behind you and salt spray in your face. Or picture riding through Monument Valley in Utah in the shadow of massive rock formations named after ancient gods. What would it be like if your morning commute was slicing through Dallas traffic on a powerful motorcycle instead of waiting on traffic in your sedan?

People who ride will tell you it allows you to experience the journey. The outside comes in and you become connected to your environment. Instead of time passing you by, you live in the moment.

When you buy your first Harley®, you become connected to literally hundreds of thousands of people around the globe. Davidson pointed out you're automatically included in a family and you feel like you know everyone riding down the road. If you pull over on the shoulder, within minutes someone will stop to make sure you're okay. There's ready-made conversation at the gas station.

Riders come from all walks of life, but every one of them prizes individuality, freedom and independence. They offer you their respect because the fact you ride a Harley® shows you feel the same.

Sure, Harley® has some expensive bikes, but you can also buy a brand new bike for an MSRP that's under $7,000. If price is what's keeping you from looking at Harley®, call or stop by. The perception is our new bikes are only affordable for wealthy retirees, and nothing could be further from the truth.

Billy Davidson doesn't just know almost everything about motorcycles of the past, he knows what's coming. He talked about these models either already available or coming soon:

Davidson also gave the scoop on the Pan America, an adventure touring motorcycle coming in 2020. "It'll have bags and a tour pack," he explained, "But also knobby tires so you can jump off on a dirt road trail.

TOP OF THE LINE TECHNOLOGY

The best keeps getting better when it comes to technology. Equipped 2019 models have an infotainment upgrade that's much more user-friendly. "The manual on the Boom Box before was half an inch thick. The new ones are intuitive," said Davidson. The improvement appeals to tech-savvy riders.

There's a rumor going around the motorcycle company might lose traction in the future if it doesn't appeal to younger riders. However we don't start rumors, we make legends. Harley-Davidson® appeals to individuals of every age who want to choose their own road, who value freedom and self-expression. Generations will continue to choose Harley® bikes and the Harley® lifestyle because we're the best.